You are here: Home / Cooking / Plant Based / Cucumber Ceviche 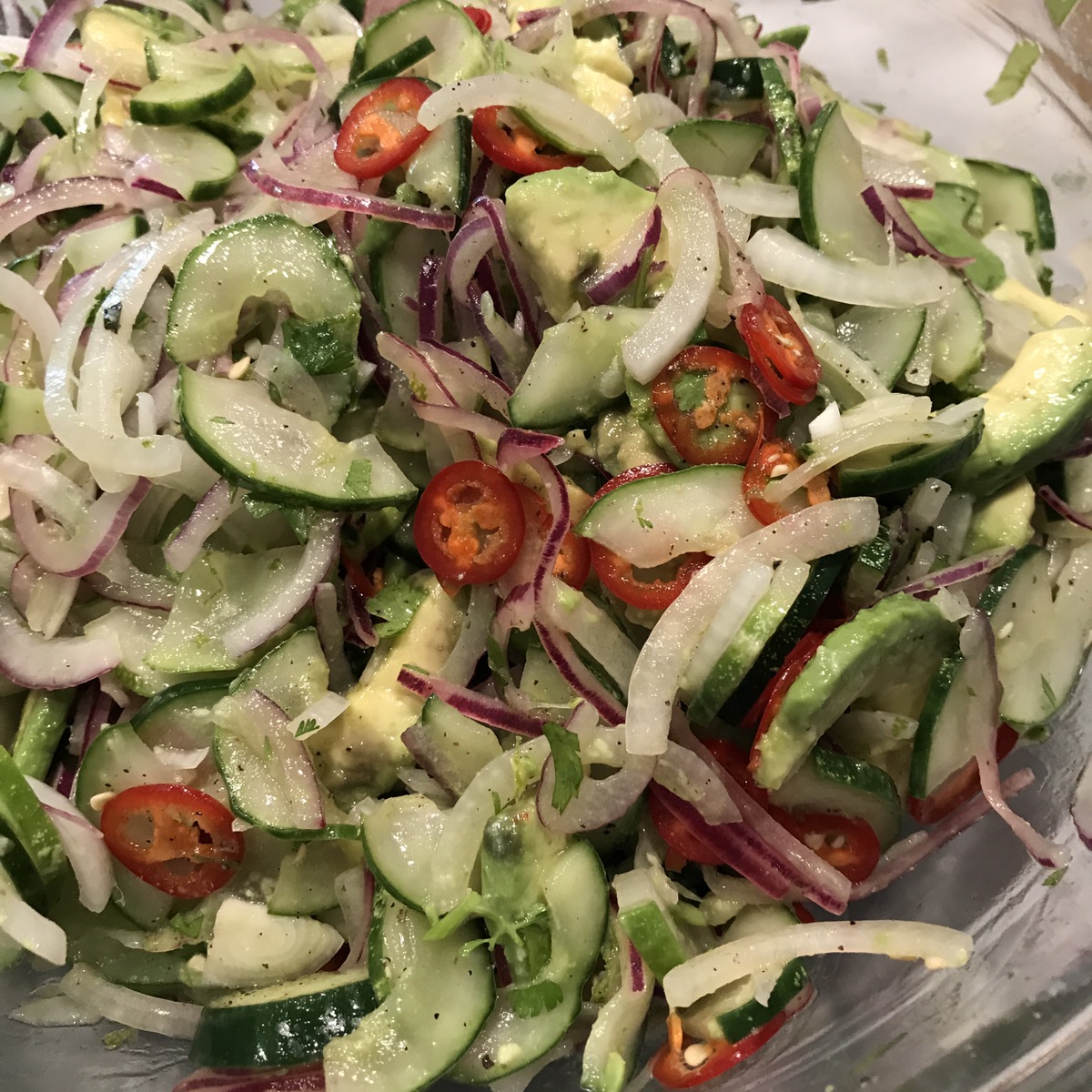 series on PBS. He dressed the cucumber and onions with sour cream and chives. I’ve made it that way and it was excellent. I have also substituted mint for the chives and that was good as well.
The second round of inspiration came from our vacation in Mexico last winter. I saw many simple fresh salsas, often prepared with mostly onions and lime juice. Jalapeño or habanero peppers added just for heat. As we spent our time mostly on the east coast of Mexico, we frequently encountered ceviches as well. I noticed similar techniques in the ceviches to this simple salad. If you substitute cucumber for the seafood and dress it with lime juice, it quickly becomes “Cucumber Ceviche”. 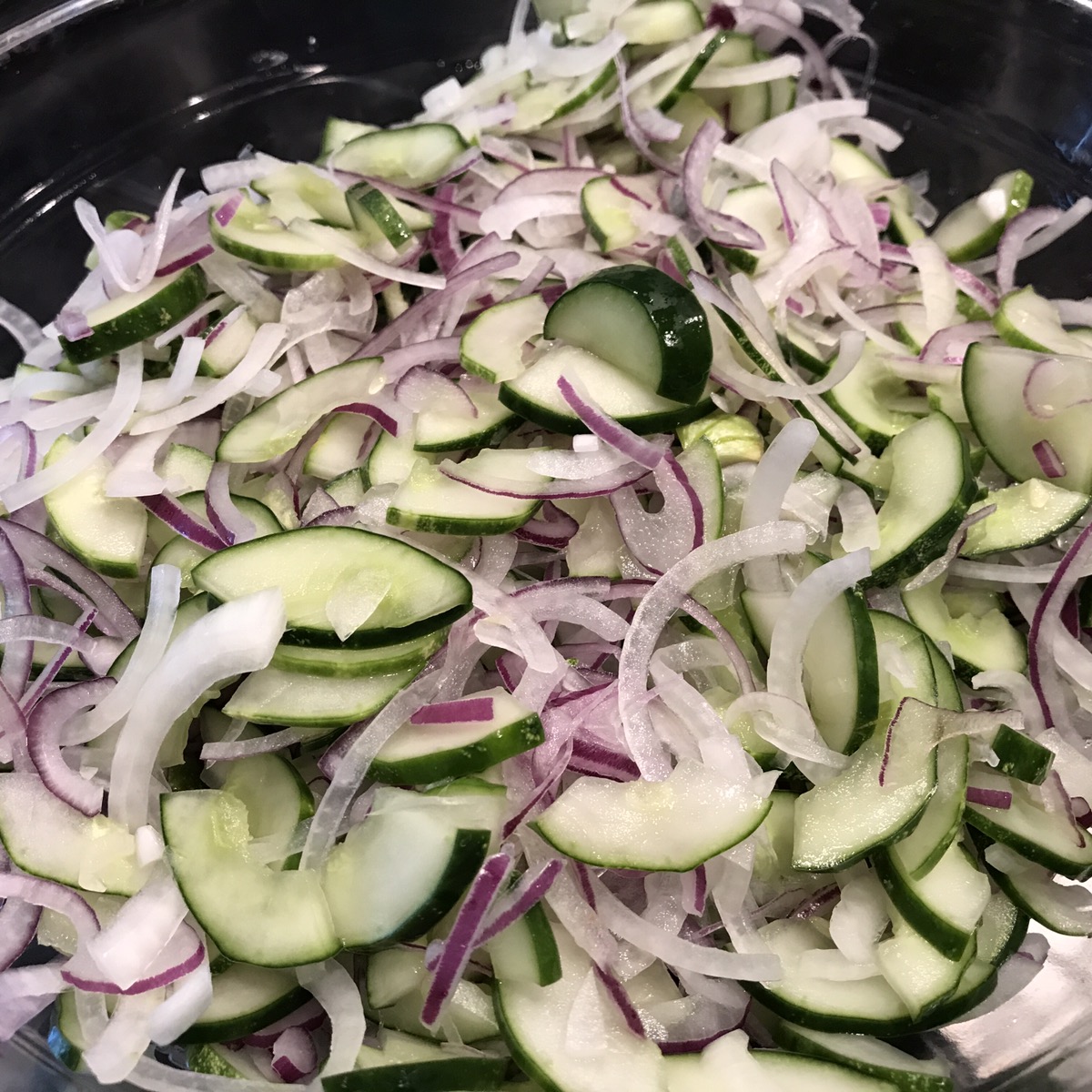 The first steps for both recipes are the same. Slice cucumbers and onions and salt them liberally. Stir a couple of times over the course of an hour or so. Then give it a few rinses to get rid of the excess salt. I always taste the salad at this point to make sure it’s no too salty. If it is, I put the cucumbers and onions into a large bowl of water and let them sit submerged for 10 minutes. And then drain off the water by pouring through a colander.
The salting and the rinse perform two functions. It slightly crisps the vegetables (The crunch will last 4-5 days–longer than the salad is around) and it mellows the bite of the onion. At the end of these steps the salad should have a pleasant, seasoned flavor. 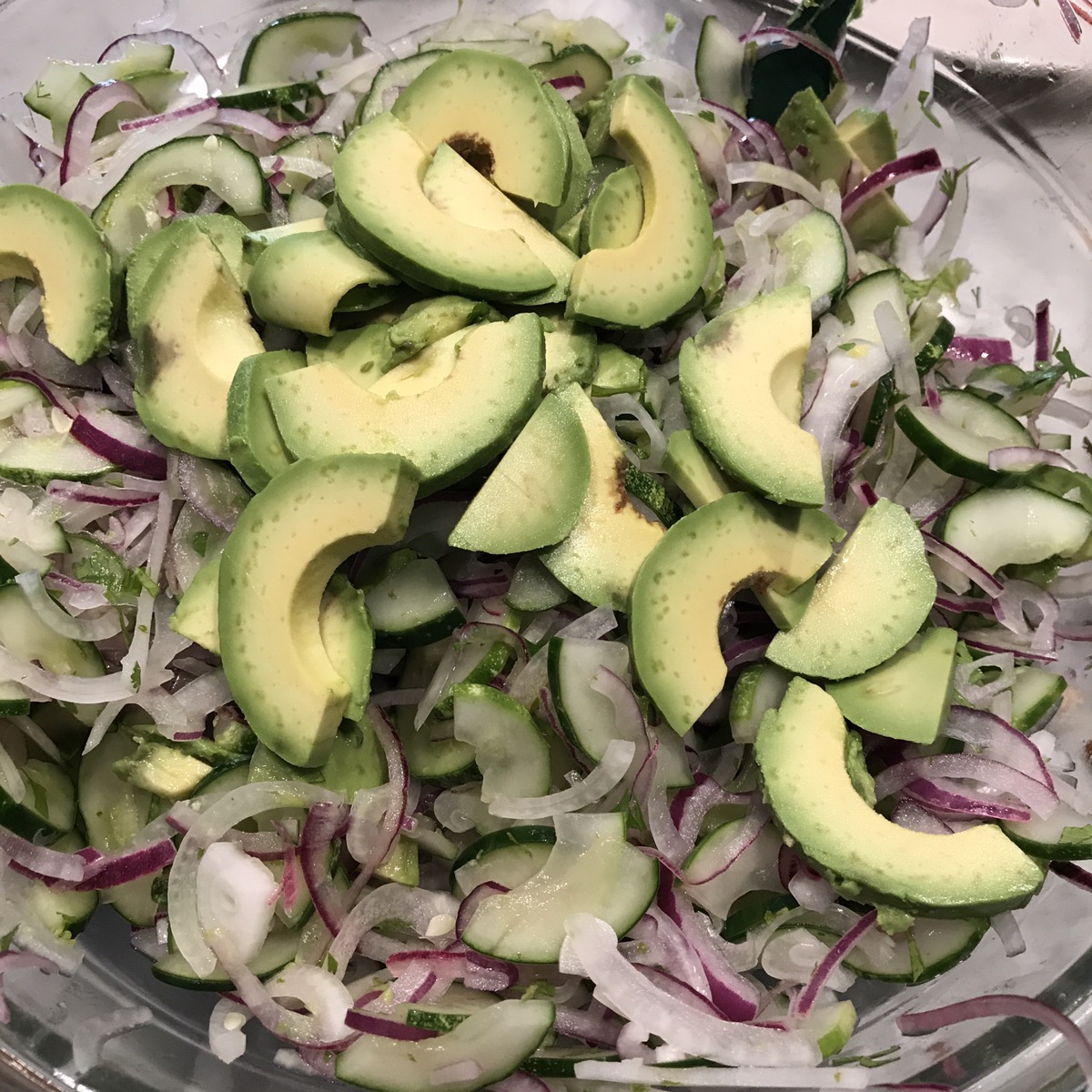 For the Cucumber Ceviche, I zest a couple of limes into the salad, followed by the juice of the limes. I also mince some cilantro and add fresh ground pepper. Everything gets a toss at this point. Depending on the menu for the night, I might be done there.
Tonight I had several avocados to use up, so I sliced and added them. I also found a red Serrano pepper that I sliced super thin. After those adds, I tasted and readjusted the seasoning. As pretty as this salad is, it going to be even better tomorrow as the avocados start to break down into a creamy sauce. (Which is another way to dress cucumber Ceviche: puréed avocado with lime juice)